Mark and Annie were married on October 19, 2019, at St. Gertrude the Great. Annie’s older sister and sister-in-law were matron of honor and bridesmaid; Mark’s best friend Paul was best man and Evan was groomsman. 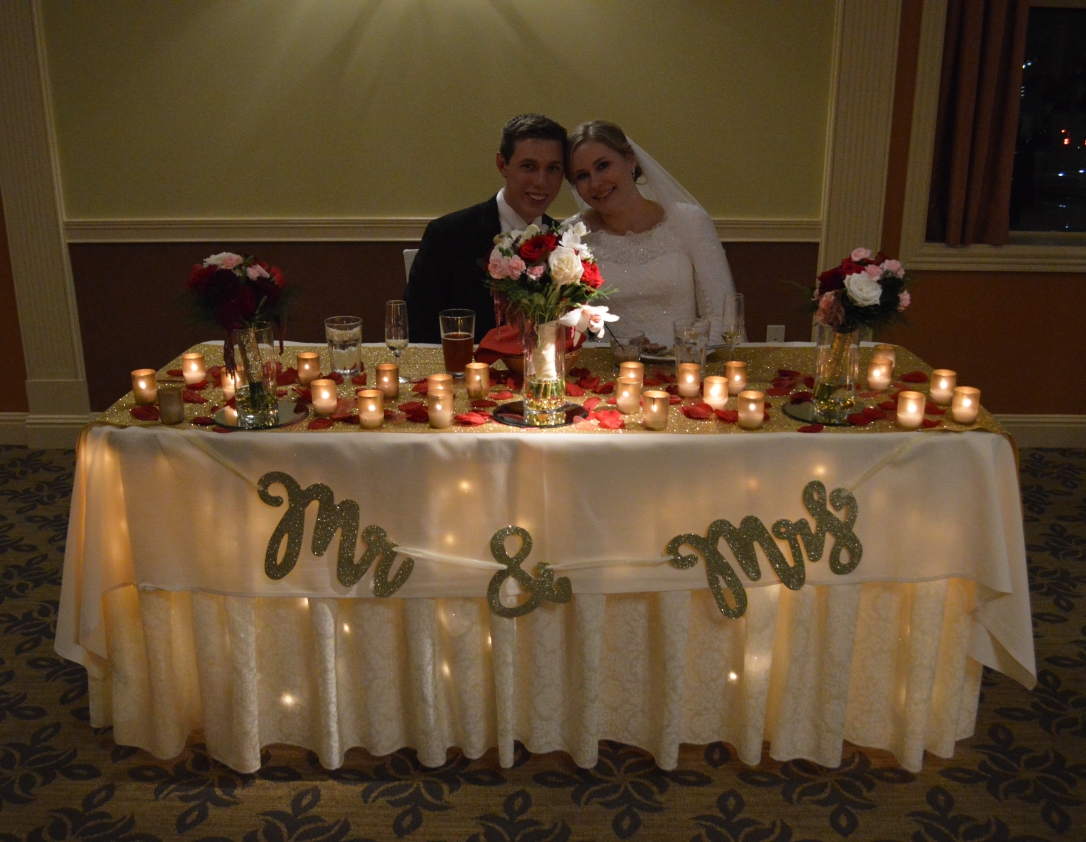